The Story of Ala al-Din

Have you heard of Disney's version of this historical story - you know, Aladdin and His Magic Lamp?

Well, Ala al-Din and Aladdin are, in fact, the same person - and no, I didn't know that Aladdin's name was originally Ala al-Din either!

'The Story of Ala al-Din' is part of a collection of mythical stories, set in the Middle East during the 'Golden Age of Islam', called 1001 Arabian Nights. It is a warning tale told by Scheherazade, our quick-minded, imaginative main character and wonderful story-teller of 1001 magical tales. 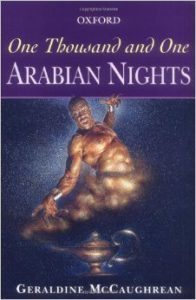 It sounds great - 1001 exciting stories... But scratch beneath the surface and you will find deceit, greed, laziness, ignorance, bribery, corruption, heart-break, death, destruction and a fight for survival!

So that's what Banyan class are studying in English throughout the autumn term!

Here's our Big Read text - an adaptation of 1001 Arabian Nights:

The Tale of Ala al-Din

Ala al-Din, the son of a tailor, was bad from his nose to his knee-caps. He was very much like a cat in the way that he roamed the city all day long, achieving nothing but mischief. His father was dead and his old mother’s words of love and advice penetrated Ala’s heart as often as rain penetrated a stone.

One day, while he was teasing a kitten, Al al-Din was noted by a dwarf, who had been following him with great interest for the rest of the day.  After Ala al-Din arrived home that evening, demanding his supper and resting his feet on the table, there was a knock at the door and there, on the step, stood the same mysterious dwarf.

“Is my brother Mustafa at home?” he asked. “For I have travelled many years to fill my eyes with the sight of my long, lost brother.”

The old lady explained that she was in fact the widow of a man who had no brothers.

“Your words grind my hopes like millstones grinding flour,” said the dwarf, “for I know this is the house of my brother, Mustafa, and you are telling me that he is dead?” Then he fell, full-length on the floor, and burst into tears. His pretended grief was so convincing, however, that Ala al-Din’s mother soon believed that this man must have been a brother of whom she had never heard tell.

The dwarf looked up from his reclining and noticed Ala al-Din.

“Allah be praised that my brother left a fine, strong son to carry on the family name and to help his mother by working hard.”

Ala Al-Din nearly choked on his food as his mother shook her head and smiled wanly.

“The parents who look to their child for help and happiness are like the fisherman who look at a river. He needs a rod before any good will come of it. This lazy son of mine does as much work as the shadow of a post which lies along the ground all day.”

The dwarf shamed Ala al-Din with a look but then spoke to the boy gently,

“You are too old to be playing with other children. I must have you learn a trade.”

Ala al-Din turned a shade of pale at the mere prospect of work.

“I shall buy you a shop and goods to sell but first you must be adorned to look the part of a wealthy merchant. I promise that within a year, you will undoubtedly be the richest of them all.”

So, the following day, the dwarf took Ala al-Din to the tailors and fitted him with the finest silken robes. Triumphing in his new luxuries, the boy thanked his long-lost uncle from the lowest rib of his chest whilst his mother turned her palms towards heaven and thanked Allah for sending this generous individual to be a father to her poor, fatherless boy.

“Tomorrow boy, we will walk through the gardens of the city; among the wealthy people who will be the customers in your shop. They will soon recognise your finery.”

“Fetch dry wood boy. Build me a fire here,” the dwarf commanded. Once ignited, the ground wrenched open and the burning wood of the fire tumbled down a cavernous flight of steps.

As the dust settled, Ala al-Din rubbed his eyes and noticed a great hinged stone slab door.

“Now is your chance to be a man Ala al-Din. Do what I tell you without trembling in face or leg as there is an oil lamp that lies beyond the stone door. There are also jars and vases laden with great treasures and riches but under no circumstances are you to touch them. Just get me the lamp.”

Here's a cartoon version of The Story of Ala al-Din to get you in the mood:

And here they are - Banyan's Warning Stories 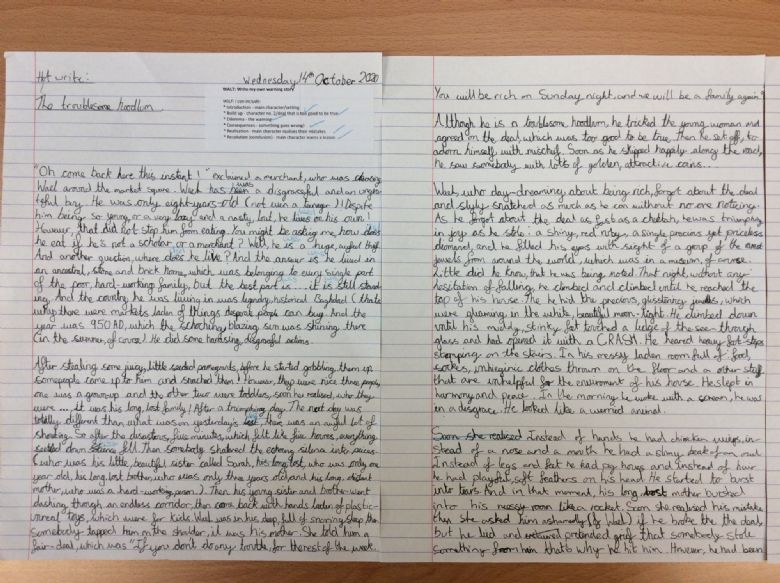 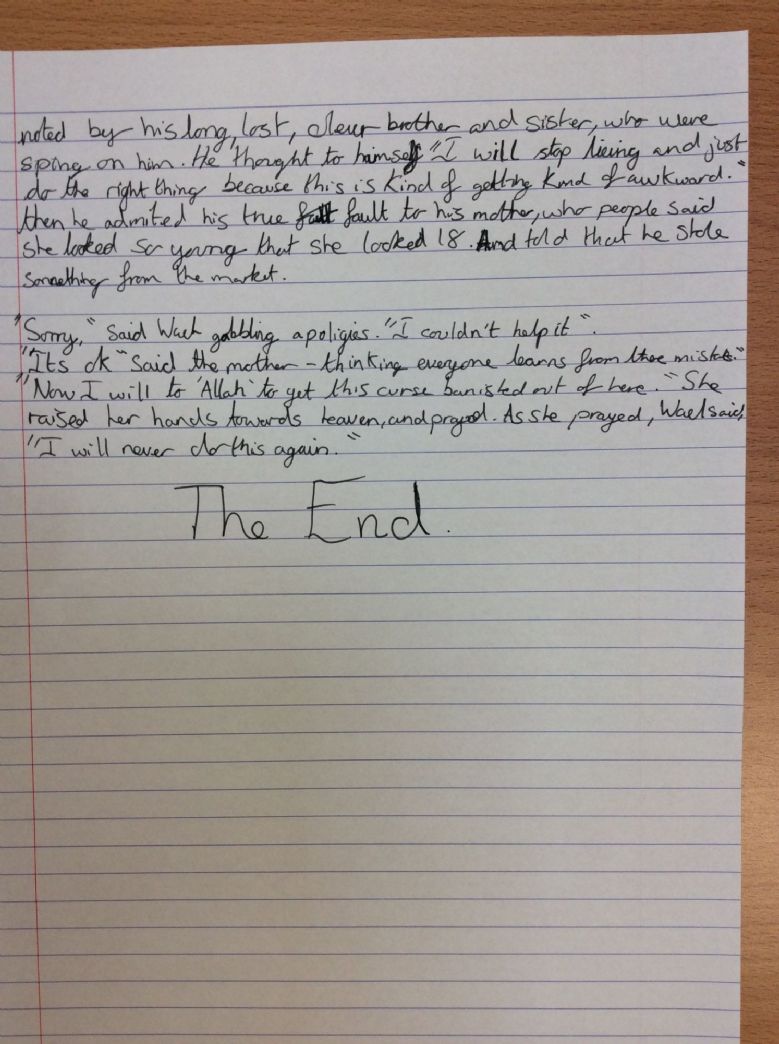 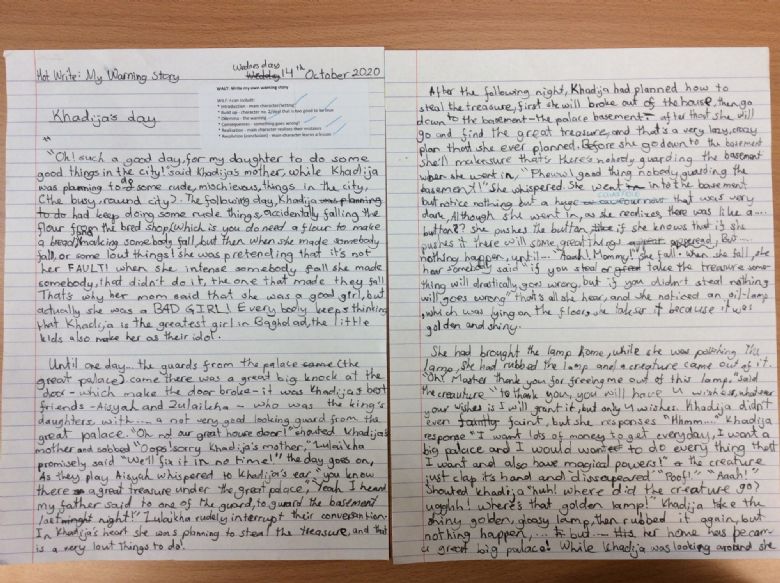 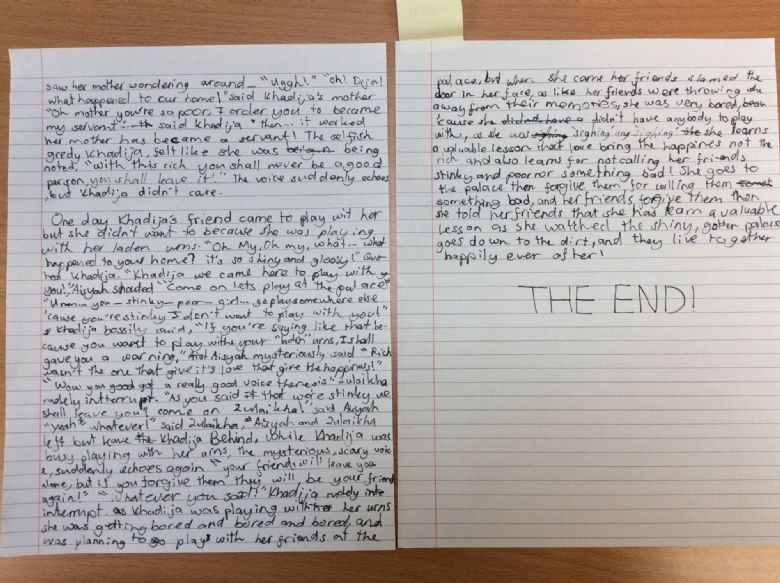 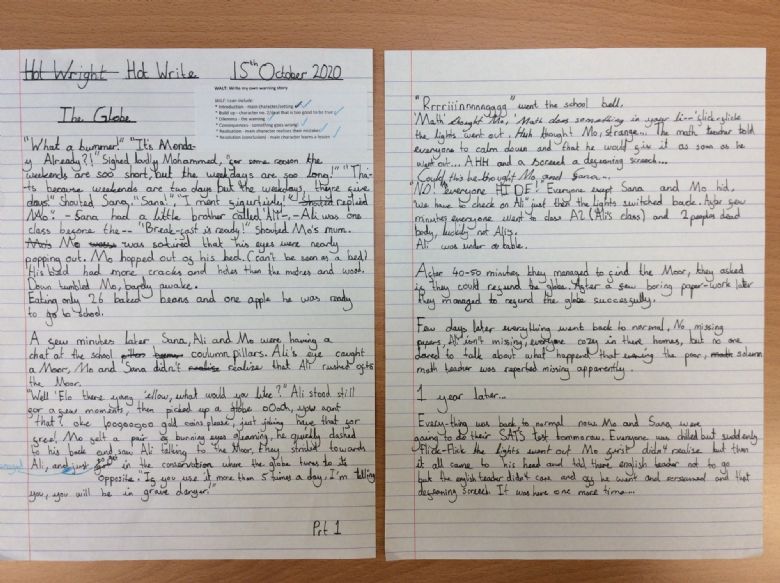 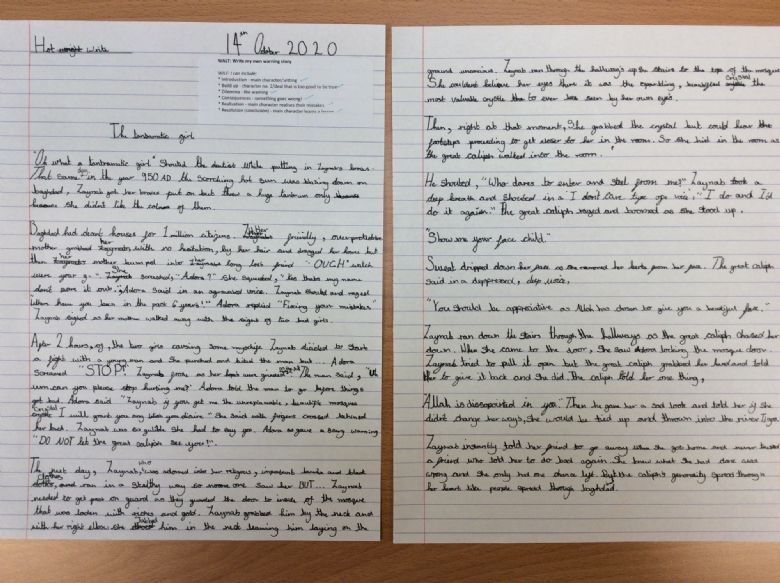 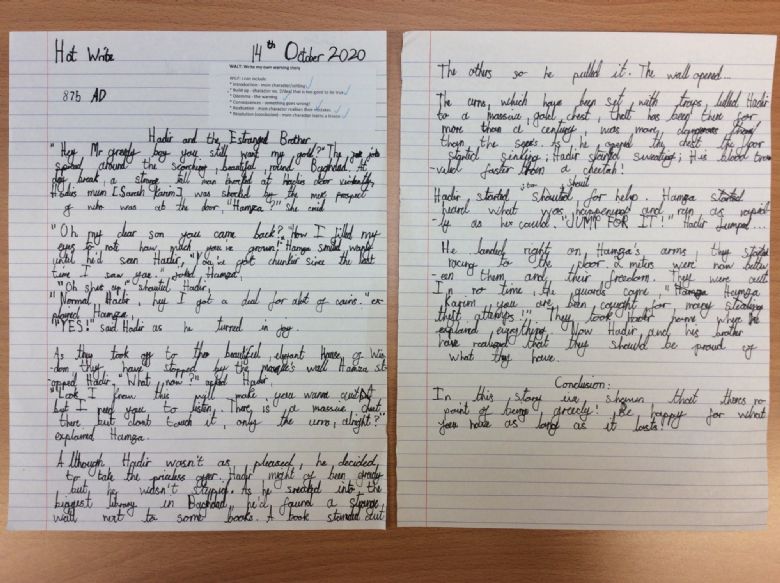 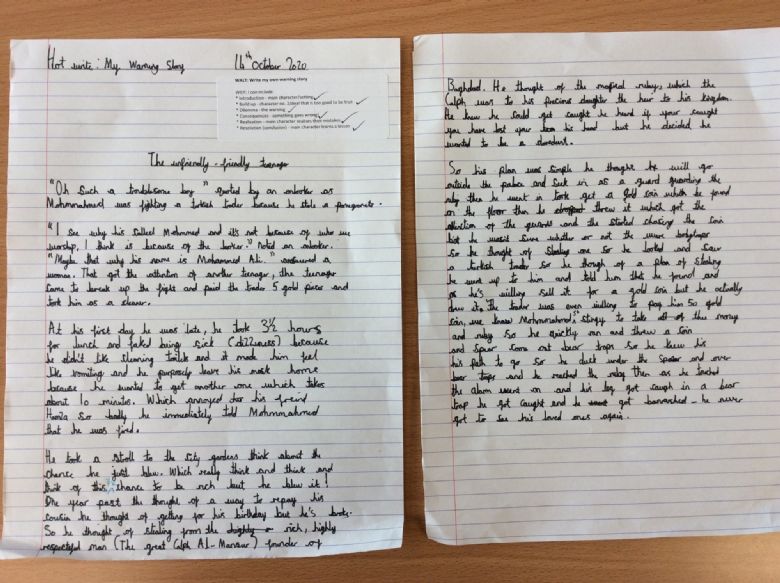 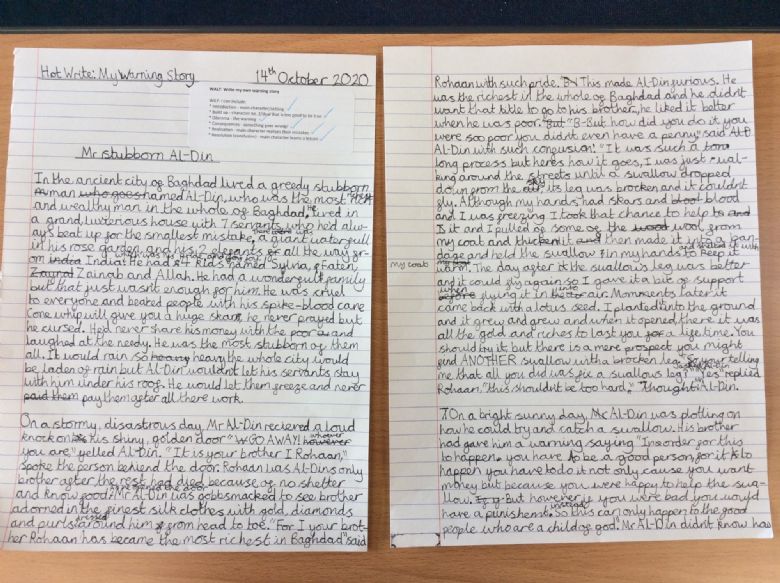 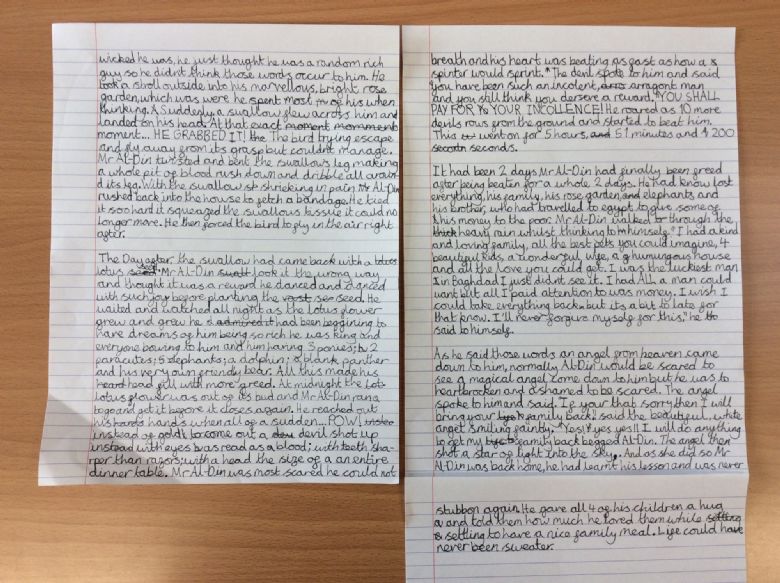 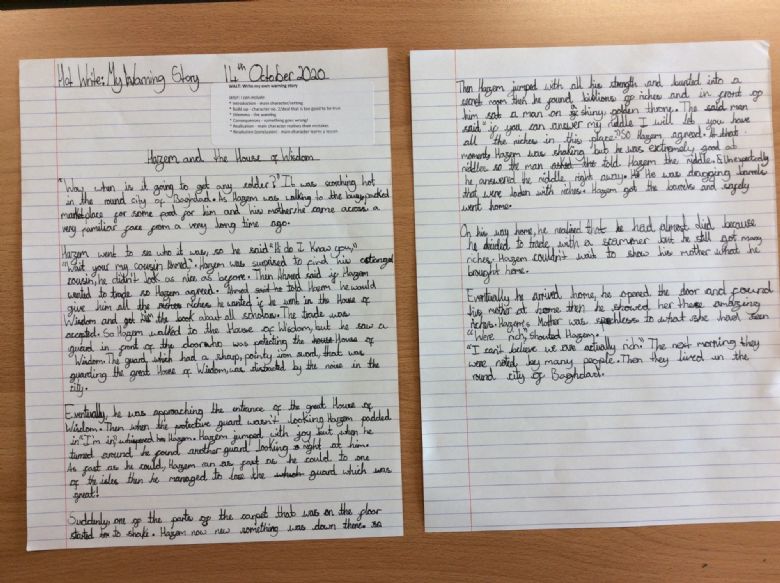