During the first week of home learning, Year Six have been writing some very scary and strange stories, based on our reading of 'The Wedding Ghost' by Leon Garfield.

Year Six are master story writers and their independent writing this week has blown me away!

As music played out of the speaker, Maali gazed at the amusing sight of the mysterious gift he had received. It was a map - the more he stared at it the more he wondered where it came from. Suddenly, a random thought rushed to his head; he wanted to go and find who gave him this gift.

He bolted out of his house full of curiosity and wonder.  After many hours of walking his legs were hurting so much that he could barely walk any more, but he still kept on going. Trembling through the dark misty and gloomy streets, Maali started to think about his family and how they would feel about him being missing. Suddenly, he heard a voice that said come in.  “Ahh!” screamed Maali full in fear as he tried to run away but he couldn’t - it was as if there was a massive barrier preventing him from getting out. He kept trying to get out but he couldn’t.

As he settled down, he suddenly realised he was sitting in his grandmothers back garden. He boomed inside he scoured everywhere for her but he couldn’t find anything. He had looked in the bathroom; the bedrooms; the kitchen; and even the living room but he still couldn’t find her. In a blink of an eye Maali saw a door that looked like a basement, so he went and explored…
MN 25/03/20 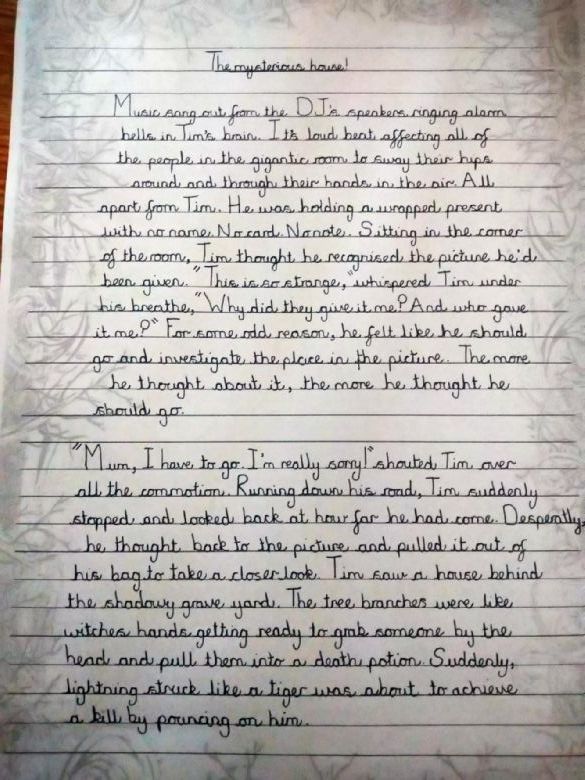 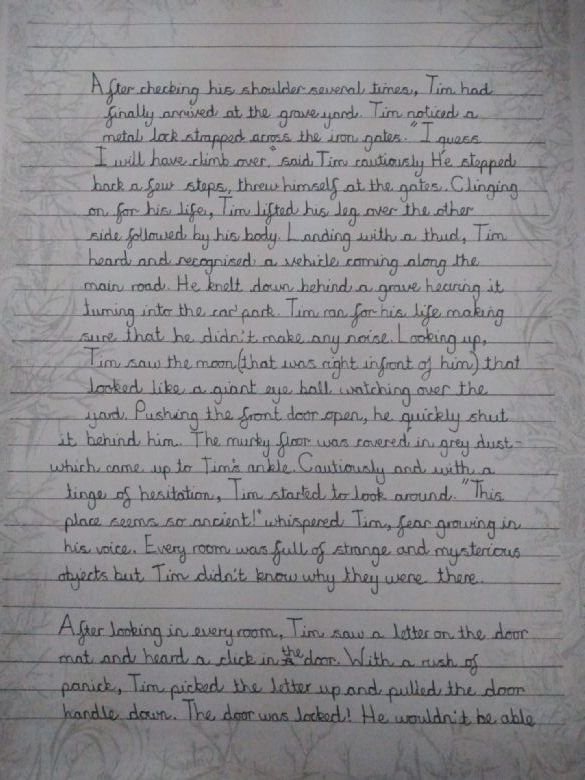 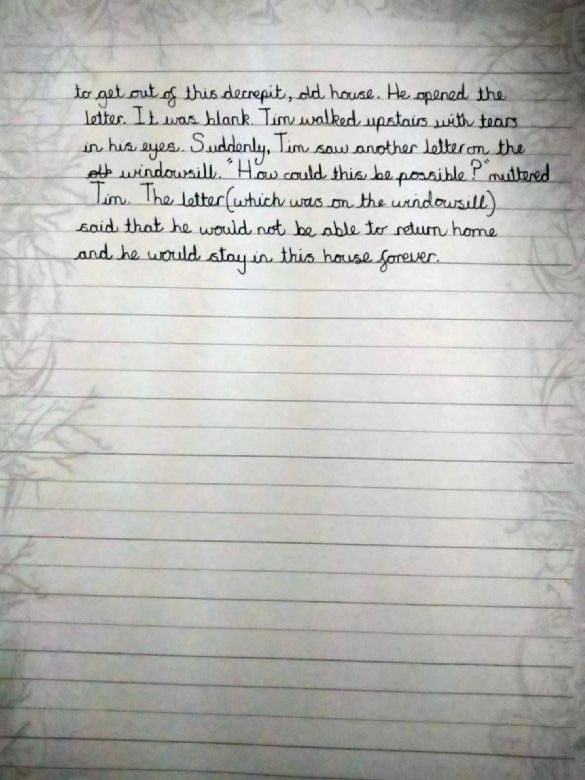